Montreal is One of Canada's Best Cities

I have explored the city of Montreal a couple of times. It is pretty cool out there.

Come with me and let us re-visit the largest french-speaking city.

Montreal is situated in the south of Canada’s Quebec province and framed between its famed peak, Mont Royal and the St Lawrence River, located only 37 miles (60 km) from the country’s border with the U.S.A. If you are travelling to the U.S., you may want to come by in this Canadian city.

Montrealers speak French at home but language is not a hindrance to enjoy your stay as most locals also speak the English language.

Montreal has its multicultural population just like Toronto, however, it has much to offer for tourists in the form of more than 30 treasure filled museums, year round cultural events and festivals like the Fête des Neiges, the International Jazz Festival and the Film Festival.

5 Things An Amateur Traveller Should Know

Today, our topic will be all about you ~ you as a new traveller!

If you are thinking that it is time for you to involve yourself in the world of travelling and do not know how to start, then, you will be glad you are reading this blog. 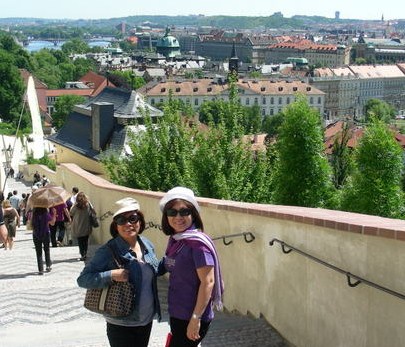 Whether it is a week holiday on a cruise or a month backpacking in Europe, every time you travel, there are things you need to keep in mind.

You will be spending your hard earned money so you deserve a holiday full of enjoyment. As a first time traveller, there will always be incidents that you have no control over. You can avoid some, if not all, to help ensure your journey is a good one.