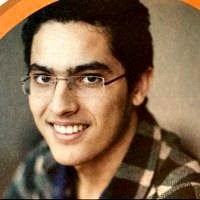 “Travel the world, country by country, city by city!”

There are many exciting stories to discover about our 20-something lad from the Kingdom of Morocco. He obtained a French Baccalaureate two years ago and moved to the United Kingdom to study Accounting and Finance at the University of West London.

Omar, at his young age has travelled to countries in Europe, North America, South America, Africa, Middle East and Asia. He will continue counting as he travel the world wherein Lebanon, Iceland, Montenegro, Greece and Azerbaijan are now high up on his list.

Omar created a travel blog, In A City Near You, showcasing his stories, photos and videos of his trips.

It is well-written and detailed that made it very interesting. Read his blog, you will be glad you did!

Although Omar have visited more than 30 countries as of this writing, he is highlighting his home town of Casablanca in particular and Morocco in general.

Truly you will learn a lot from a young man like Omar.  Read the full story and be inspired. If you are looking for travel tips, subscribe to his blog and follow him on Facebook.

* * * * *
July 30 is a special day in Morocco as the Kingdom commemorates the Throne Day. It is an event when the whole nation celebrates the enthronement of his Majesty King Mohammed VI.

As the occasion falls during the Holy Month Ramadan, I celebrated the day with some friends eating our breakfast at sunset at the Morocco Mall food court and had some drinks at the terrace with the view of the fountain and the fireworks.

In my hometown of Casablanca, you will find a cinema to watch a movie for 35 Moroccan Dirham. This movie house is called Megarama. A multiplex along the coast of Casablanca considered the biggest in Africa with sixteen rooms with 3000 seats. It also has the second largest screen in the world after Los Angeles.

There are more attractions in Casablanca that I don't want you to miss.

I would recommend you to visit them for you to have good memories of my city.  Here are some of the must-see.

The biggest mosque in the world, not to mention those in Saudi Arabia, is the Hassan II Mosque with the tallest minaret on earth. Being said that, the mosque can be seen from every part of the metropolis. Take a guided tour (for 120 dirhams or approximately 11 euros) of this unique architecture to experience a detailed information and closer look of this Moroccan touch of Zellige from Fez.

Morocco was once a French colony and Casablanca has preserved its architectural heritage from the colonial times.

The Art Deco buildings dominated the centre of the city, so walking is the best way to see how beautiful most of the buildings are. Take a walk from the United Nations Square towards Mohammed V Street to have a glimpse.

I can go on and on with the list but I want you to see the beauty of Casablanca for yourself.

Visit Rick's Cafe in the Old Town. If you have seen the movie Casablanca, you must have noticed this cafe in the most romantic movie of all times. It does exist!

An interesting place to discover in the side of the white city. It has wider streets and modern facilities and home of various traditional markets and the Royal Palace which is worth a walk.

Walking anytime of the day from Anfa Place to Morocco Mall will lead to an entertainment area overlooking the Atlantic Ocean.

A run in the morning to experience the breeze can be a good start before taking a swim at the Ain Diab Beach and have a brunch at one of the street cafes.


Go for a visit at the Museum of Judaism, the only museum in Casablanca and the only Jewish museum in the Arab World. The Twin Towers is the tallest building in Morocco and an amazing spot to view the city. Go and have a drink at SKY28 bar at the top floor of a 5-star hotel in one of the towers. Try good food at fair price at Sens, a restaurant on the 27th floor.

The best part of your trip to Casablanca is your way to the shopping mall. The city is now famous for fashion and shopping.

So there you go, a day can be spent just within the area from the Morocco Mall, Anfa Place Shopping Centre and the whole Maarif. This is where you buy your branded items. For Morrocan clothes or sourvenirs, the Old Town is the place to go. If you have extra time to shop for traditional items, go to another city where the products are manufactured locally.

Few kilometres from Casablanca is the little city of Mohammedia. Known in Morocco to be the host of an important port in the region completing the activities of the port of Casablanca. The city is part of the Greater Casablanca region and approximately 24 kilometres from the big economical capital. You will find in this city the golden beaches on the Atlantic Coast.

Meknes is where my roots are.

It is the home town of my parents and grandparents. I was born and lived in Casablanca though. The city is located in the Middle Atlas region of Morocco known as the imperial city with lots of historical monuments. Some of which are Bab Mansour and 27 other gates around the city, the Old Town Medina and Place Hedim which is the main square of the city with vibrant nightlife and entertainment for locals and visitors alike. Meknes is the nearest city to the Roman ruins of Volubilis or better known as Oualili, (notice my surname). I am a living proof of my ancestral roots in the region!

Rabat, the capital of Morocco is the second largest city in the Kingdom.

It is located on the Atlantic Coast, a very clean and well maintained city that is a lovely place to visit. It is considered a safe city and has a lot of culture to offer. Rabat garnered 2nd place in "Top Travel Destinations of 2013" that made it most visited and became one of my favourite cities in Morocco. It is in this city where international events are hosted such as the famous Mawazine Festival or Jazz Chellah.

On my way to Rabat, we stopped in a typical Moroccan restaurant for dinner. El Ouazzani is located in the neighbourhood of Agdal. Try various local dishes such as Harrira (a traditional soup), grilled meat and french fries. Don't miss it!

Casablanca and its neighbouring towns and cities are places that you must see. These are just an overview of special and exciting places in my home town and in Morocco as a whole.

Some interesting facts that you should know about Omar and his travels...

How important is budget and planning for a trip? 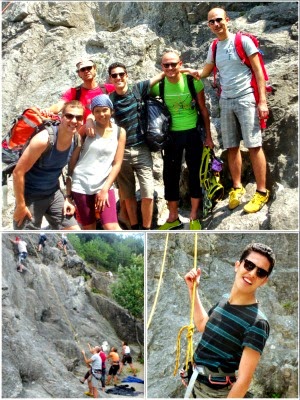 Omar: I think budgets are very important in the way that it avoids any surprises while on a trip, although sometimes I spend more than planned on experiences that I believe I'd probably not have the chance to do again like Base Flying in Berlin, spending a day with elephants in India or pay for a stamp on the passport - that any traveller - need in San Marino

When travelling in Europe, I use low cost airlines like Ryanair. For only 20 pounds I did go to Warsaw, Poland and Malmo in Sweden and back. Just recently, I bought a round trip ticket for the same price to Basel, Switzerland. Apart from that, I follow closely the websites that have deals and special offers. Once I took a bus from London to Paris for only 1 pound, that is less than a dollar. These kind of deals help me cut the main cost of my trips which is transport. I also sleep at hostels and do some couchsurfing sometimes.

Who or what inspires and motivates you to travel? 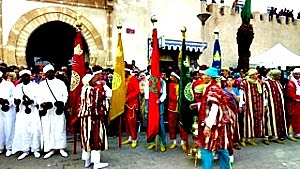 Omar: I am not sure what inspired me. It just happened. As to who...maybe because my father is a pilot for an airline, that has pushed me to travel young. I have an advantage of flying cheap with the airline company he works for. So definitely, no excuse for me not to travel. Apart from that, I do it because I love being in a new country. It feels great to be with other people and get to know their culture and I love being a stranger among them. Travel is pure happiness for me and am loving it.


Can you name the countries you have visited? 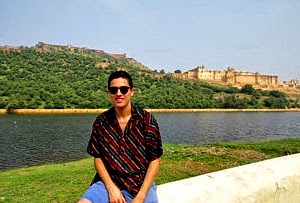 Freddie Miranda
A blogger and a freelance writer based in Toronto. He shares the value of his travel experiences and discoveries with his friends and fellow travellers. Share your passion, join and visit him. Send him a message if you will @ fromatravellersdesk(at)gmail.(dot)com.

Posted by Freddie Miranda at 08:29