Why Am I Revisiting Berlin?

Are you going back to a country if you have had bad experience on your last?

In my case, I would.

And that is the reason why I am writing this to give justice to Berlin. I visited this city for a whole day tour with the intention of seeing its historical architecture. It was a brief stay but just enough to experience interaction with the local people. The good and the bad side of it. 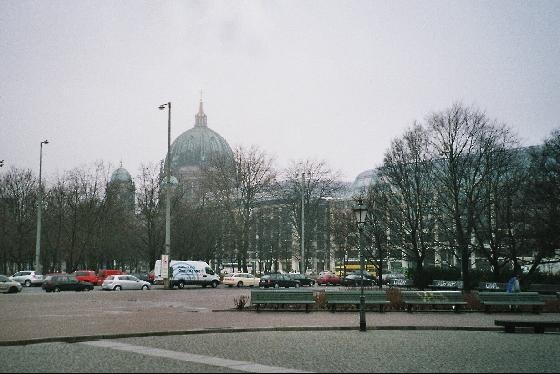 I should have stayed at least three days because of its size. Berlin is Germany's largest city and the most populated. There are places that I missed and regret it up until now.

I would advise you not to miss visiting palaces and gardens. They are so artistic and full of history. Walk through the lively streets and squares and you will discover the beautiful sights and get to know more of the local people and their lifestyle. The only drawback is the language barrier. Delays could happen due to difficulties communicating. Other than that, Berlin is a city you must see.

Come with me and enjoy my Berlin adventure. I spent the rest of the day walking on the streets and sitting on squares people watching.

Spend few minutes visiting this statue. Exit the nearby Underground train station and you may be able to see a very old gothic red brick called Marienkirche.

At the centre of the park across the Marienkirche, a Neptunbrunnen or the Neptune Fountain is definitely an amazing scene. Just by looking at the bronze statue is entertaining and attractive in any angle with Neptune on top holding his trident. I took a photo of Neptune with one of the four female symbolic nymphs. All of the four female statues were sitting on four sides of the fountain.
Address: Spandauer Strasse, 10178 Berlin

The cathedral is open everyday. I like its architecture and am attracted to the Dom's exterior structure. The interior decoration which is unique most especially the magnificent Sauer's Organ and the stained glass designs are equally interesting.

To see the interior of the Berliner Dom, guided tour is available onsite. Check their website on changes in opening hours prior to your visit to Berliner Dom.

You are also asked not to bring large or oversize bags when visiting the Dom for security reasons. There are limited lockers where you can store them. Ask.

By Bus: Bus stop: Am Lustgarten.

If you are into museum, Altes Museum is a 'must see'. From the outside, you will see the greek styled theme similar to the Roman Pantheon in Acropolis Greece.

This museum has extensive collection of Greek and roman antiquities. 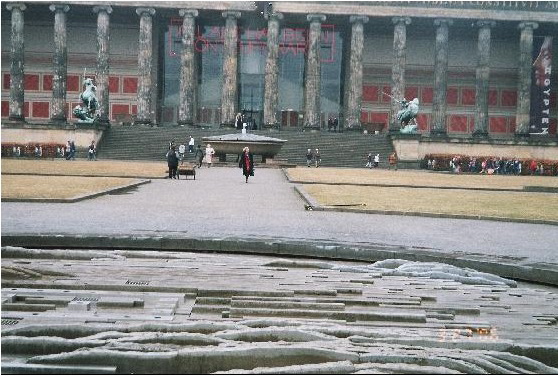 At the centre is a giant rose bowl, act as the centrepiece, carved out of a piece of stone. If you are a museum lover, I would advice you see for yourself and appreciate the city's collection of classical antiquities.

History indicates that it is the third oldest in Germany and Berlin's oldest in particular.

The museum is situated on the Museum Island or Museumsinsel in Am Lustgarten.

I passed by the gate during the day and came back at night for a better photo shot. I can see that this is the most photographed icon at daytime being a famous landmark. It was beautiful at night and not crowded. Totally different! It was lit up which highlight the Doric columns holding the quadriga. 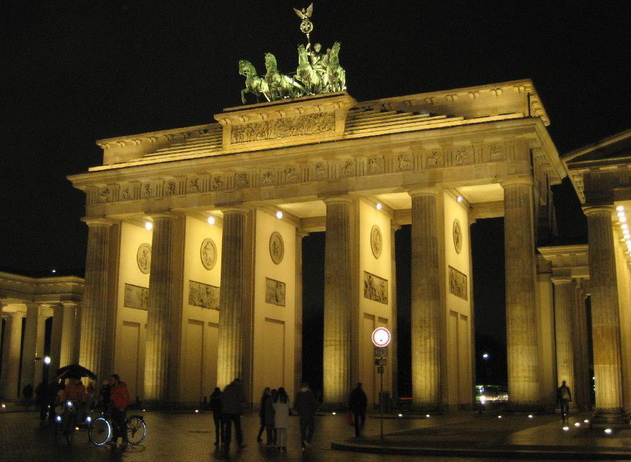 I missed the River Spree cruise. It would have been more memorable if I had the city's local waterways experience. The tour offers a close-up view of the city and an adventure along the two of the famous rivers, the Spree and the Havel which passes through narrow channels, large lakes and canals. 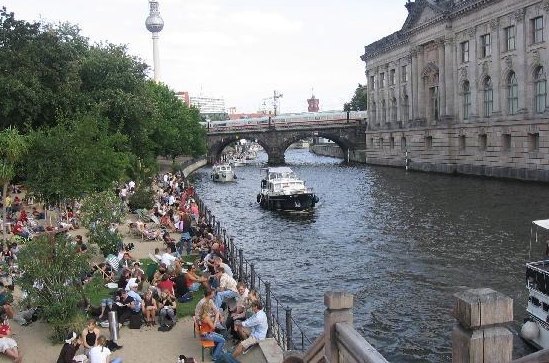 Yes, I did not have this in my itinerary due to time constraint and hectic schedule. There is always a second chance, so I thought I have the opportunity on my next visit.

Yes, never ever forget to validate your train ticket.

As I have mentioned earlier, it was my first visit to Berlin so I was caught off guard. I was with my family of three and were so excited that after purchasing our ticket (from a goodies store, not even a ticket booth), we headed and jumped on the train.

It was only a matter of five minutes onboard when two inspectors (or are they Underground employees or Police Patrol?) asked for our train tickets. One of them grabbed our tickets and said, "okay, get off the train and come with us".

Then on the platform, one of them asked, "Do you know that, not validating your tickets is a criminal act?".

What answer do they expect? Of course, my answer was a big 'No'.

People around saw and heard us being interrogated as what they call "criminals". They said we had to pay a fine of 40 Euro each. I blatantly told them that even if I have the money, I am not going to give them. Not a single penny!

Then I asked, "Is this how you treat your tourist?" Obviously, he asked for a proof that we are tourists. So, I held tight our Canadian passports and showed them our visa. In-spur-of-the-moment, they changed their tone and "educate" us on where to validate the tickets. It's unbelievable! The way they approached us was so discourteous. Do they have to harass and scare people?


I did not let the untoward incident spoil our trip. It shouldn't.

Freddie Miranda
A blogger and a Canada-based freelance writer. He shares the value of his travel experiences and discoveries with his friends and fellow travellers. Share your passion, join and visit him. Send a message @ fromatravellersdesk(at)gmail(dot)com

Posted by Freddie Miranda at 17:34